Hooked on You – a Dead by Daylight Dating Sim 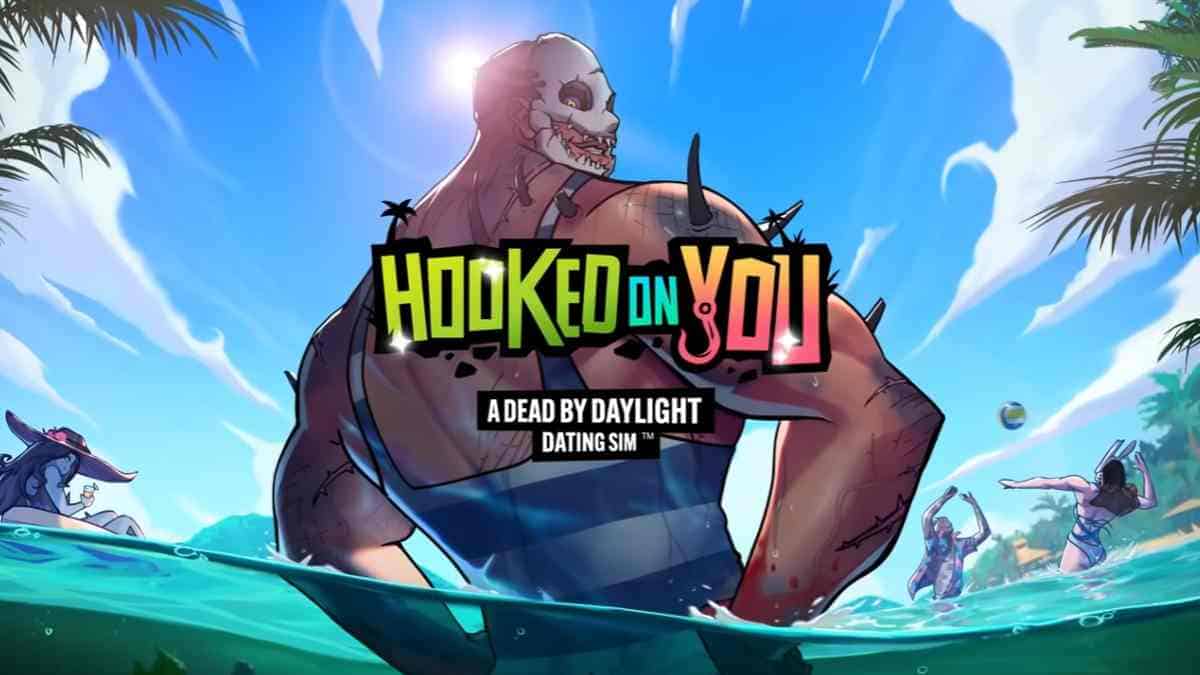 Someone again requested the long-desired DBD dating sim in the pre-stream comments before May 17’s Dead by Daylight sixth anniversary stream. I saw it and laughed cheerily, thinking, as ever, that this phenomenal idea would never come to light. I was wrong. Hooked on You – a Dead by Daylight Dating Sim is coming. This Summer. We can all die happy.

Thanks to the immense popularity of the needlessly handsome Trickster, players have been requesting a murderous DBD Dating Sim for a while, and our wishes are coming to fruition thanks to developer Psyop. An expert in the unexpected dating simulator, you might know Psyop as the creator of KFC dating sim I Love You, Colonel Sanders – a personal favorite of mine.

To make the Dead by Daylight dating sim a little less stabby, you can expect cute kawaii animations, sitcom-trope characters and a sunny holiday resort, as Hooked on You takes place on the beach. Presumably, no one can hear you scream all the way out there.

What is DBD’s Hooked on You?

So, believe it or not, Hooked on You is a cleverly-named dating sim featuring four of Dead by Daylight’s original killers as potential love matches, waiting for you on a glorious, sun-soaked island. If Hooked on You is anything like Psyop’s Kawaii KFC dating sim, we can expect a cute, story-driven adventure as you romance the unlikely cast of characters.

In Colonel Sanders, the titular love interest is younger than we know him to be now, and in culinary school, long before becoming the world’s most well-known fried chicken peddler. Presumably, something similar will be done with Hooked on You, making our four killers somewhat more, um, dateable? In the announcement, made during the DBD 6th anniversary broadcast, reference was made to the killers’ more humane original lore, on which we can only assume their stories may be anchored in Hooked on You. However, there will also be room to explore how much you know about yourself and your own morals as you answer questions in your search for true love.

Hooked on You Characters

So far, four killers have been announced for the release of Hooked on You – A DBD Dating Sim. Whether more will be added in time remains to be seen, and while we wouldn’t necessarily expect a game like this to be updated in the future, the omission of The Trickster himself comes as quite a surprise. But, while everyone’s favorite murderous musician may be missing from the line-up, there are still four perfectly viable options just dying killing for your affection.

The Trapper — The Jock

The Trapper, or Evan MacMillan, was once just a hard-working young man, dedicated to his father and his work. Brought up in wealth, Evan was the heir to the MacMillan Estate, and the business within it, run to perfection by the father and son duo. However, Evan’s father’s mental health started to deteriorate as he grew older, and Evan instantly recognised that their staff were coming for a piece of the MacMillan fortune. To protect his father, and presumably his wealth, Evan led the men underground, before detonating explosives, and trapping the greedy staff in their eternal fate.

Each of the four characters in Hooked on You will have what has been described by Psyop’s Creative Director Alexei Bochenek as a “TV trope archetype”, and the rather jacked Trapper leads the pack as the jock. Of course. I mean, just look at those muscles. Go ahead, trap me between those massive thighs.

The Huntress — The Overachiever

With arguably one of the most terrible backstories in DBD lore, it’s hard not to already sympathize with Anna, AKA The Huntress. As a child, Anna witnessed the death of her beloved mother, impaled on the antlers of an elk they were hunting for food. Left alone in the woods, Anna learnt to fend for herself, in total solitude. With nothing but wonderful memories of being with her mother, as she grew older, Anna wanted a daughter of her own. So – in her somewhat understandable insanity – Anna started kidnapping young girls, and believed she was protecting them from the same brutal forest that killed her mother by tying up them up indoors. As more of Anna’s adopted daughters died, the more her instability grew.

In Hooked on You, Anna is given the personality of the overachiever, presumably from her mostly self-taught proficiencies in hunting and crafting. Tie me up, Mommy.

The Wraith — The Nerd

Philip Ojomo, known more commonly to DBD fans as The Wraith, has a pretty heart-breaking backstory, too. A young man, working honestly to make a living, trying to avoid the crime that surrounded him at Autohaven Wreckers, Philip unwittingly discovered that car crushing was just a cover-up for killing. Ironically, this led Philip to turn on his murderous bosses, becoming a killer himself, brutally ripping the spine from his boss before watching him fall victim to the Autohaven’s metal crusher.

In Hooked on You – a DBD Dating Sim, all we know is that his “sitcom trope” will be the nerd, the backbone to any well-known, classic American teen story. And I’d let this nerd tutor me on the inner workings of a combustion engine any day.

The Spirit — The Goth

Our fourth and final potential love interest is The Spirit, or Rin Yamaoka. Her dark story is another involving her parents, only this time, her Dad was the enemy. After struggling with financial ruin, Rin’s father brutally murdered her mother with his katana, a sight which Rin came home to witness too late. Then, her father turned his blade on her, cutting into her limbs and belly, causing a dying Rin to fall through glass, pieces of which now protrude from her spiritual body. Upon death, Rin made a promise to herself to avenge her mother’s, and her own, murder.

In this less depressing story, Rin is our goth. It’s hard to tell at this point whether she’s alive or not, though, as you can see from the reveal trailer that her wounds are present. Spirit or human form, it doesn’t matter, I’ll be cuddling in the shade with Rin all Summer long.

Who do you play?

Yourself! Like any dating sim, you’re putting yourself in the shoes of the dater, so you’ll be playing as you, being deeply honest with yourself in discovering which DBD killer is best suited as your romantic partner. There’s no information on whether you’ll be creating an avatar of yourself, but using I Love You… as a basis for assumption once again, it is likely you’ll just name your character and never actually see yourself, remaining fully immersed in a first-person experience.

Hooked on You release date

At present, there is no official release date for Hooked on You, a Dead by Daylight Dating Sim. However, we do know that the game is set to come out this Summer, so it certainly isn’t far off, and should be in our Steam libraries by the end of August, 2022.

Whatever information is still to come before the Summer 2022 release of Hooked on You, we’ll be here to tell you all about it, and we just can’t wait to fly to Murderer’s Island to get to know the four DBD killers a little more, shall we say, intimately… 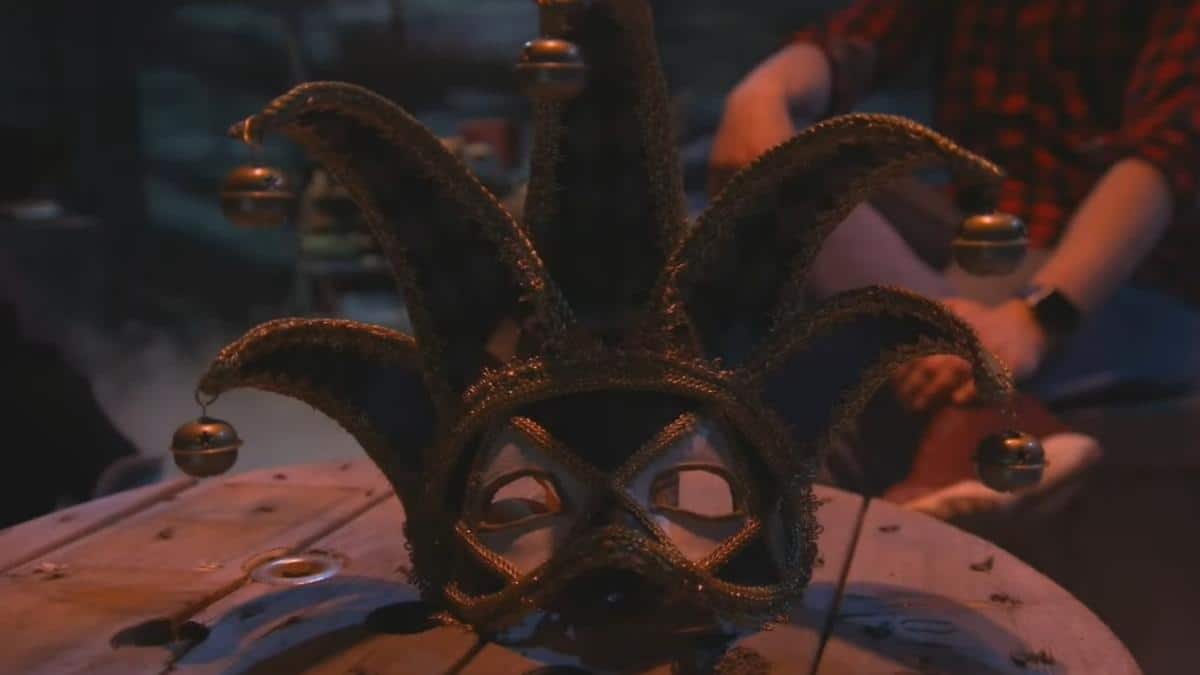 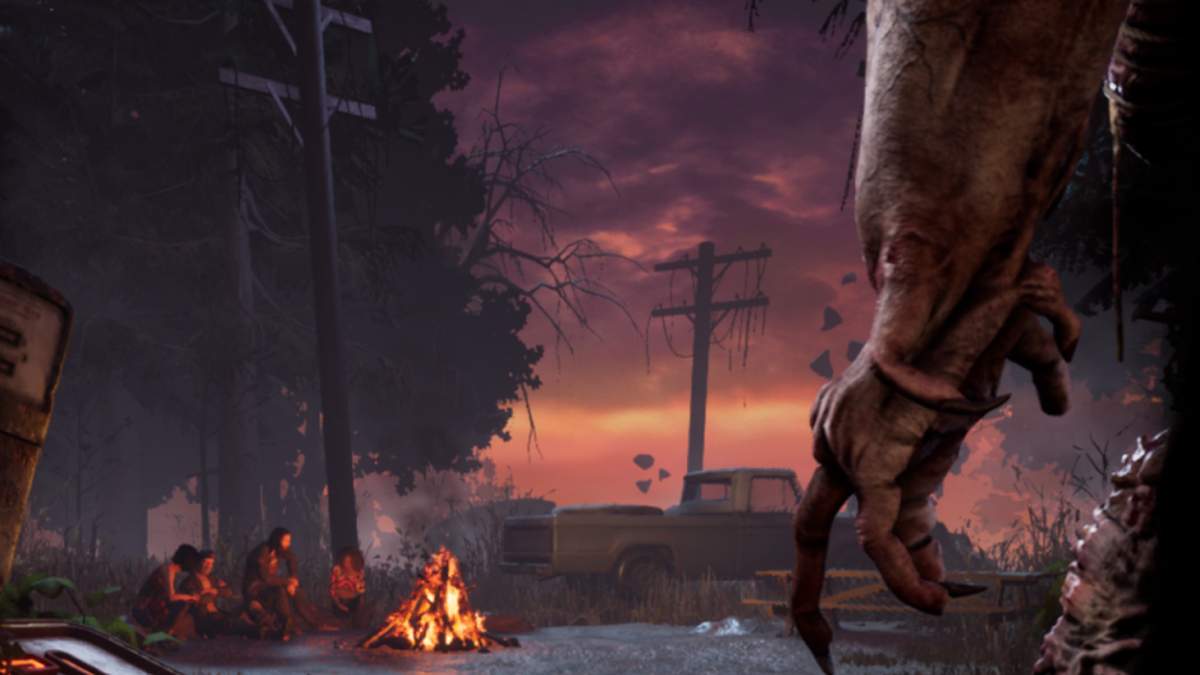