How one company could kill controller stick drift forever 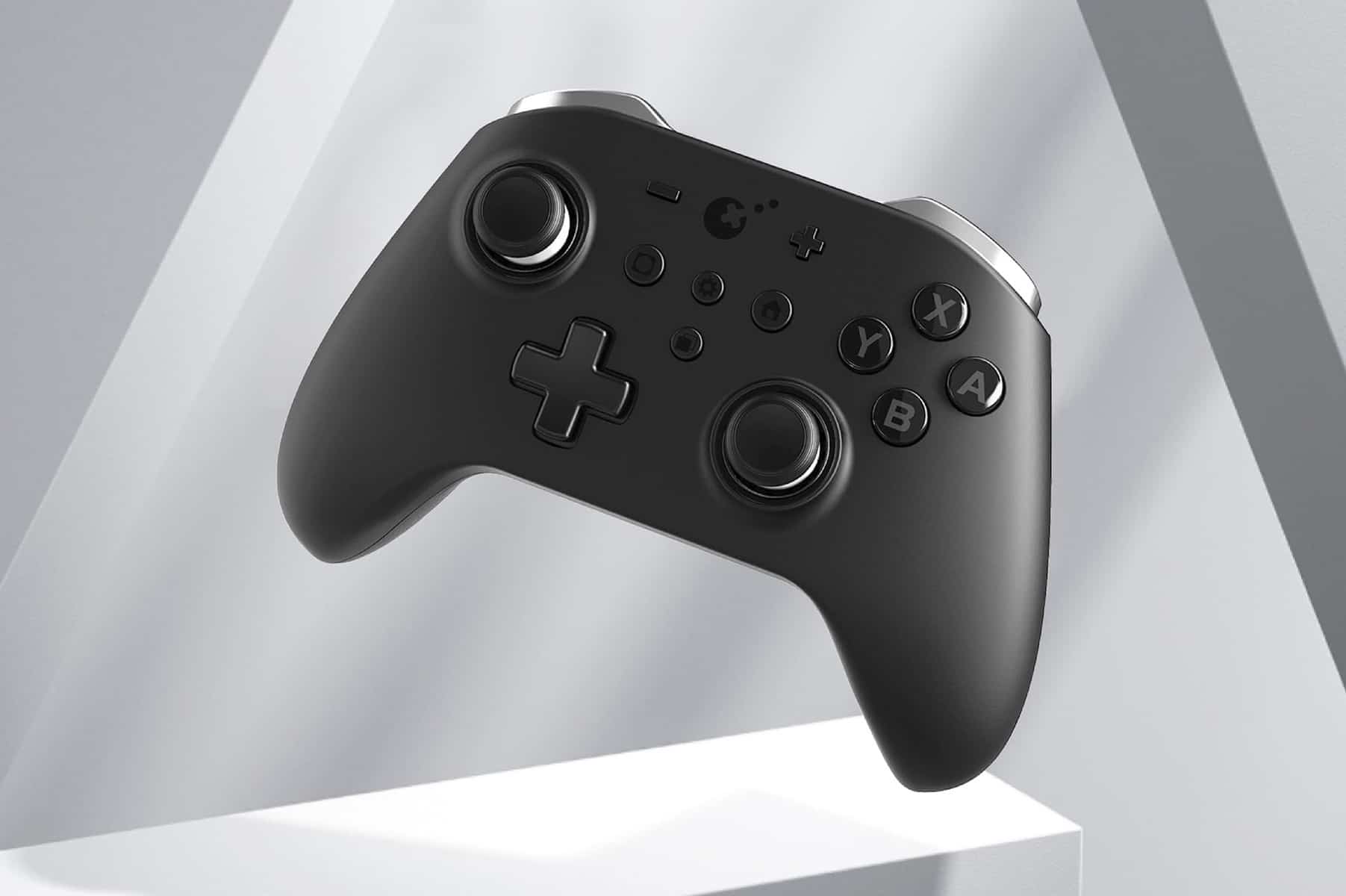 Stick drift is something that gamers have had to contend with for years, no matter how good your controller might be, it might always suffer from stick drift issues. Over the past five years, we’ve seen Nintendo come under fire for their Joycon design, which regularly fails and has stick drift issues. The newer consoles on the market are no stranger to this, either. The Dualsense and Xbox Series controllers both have some pretty heavy drift issues, but one company is looking to change all of that using revolutionary new technology.

We had a chat with Jack He, business director of Shenzhen-based Gulikit to talk about how they are going to potentially revolutionize joysticks forever, and also completely eliminate the issue of Stick Drift. “When I was still a student, I encountered the problem of stick drift when I used the PS1 controller with [the] thumbstick. Until now, I also have met this issue on the latest PS5 DualSense and Xbox Series controllers.“

“You know, I am very annoyed [by] this when playing games, and I have to spend more money to buy [them] again and they are not cheap” He continues, noting his frustrations with the Nintendo Switch Joy-Con, which eventually lead to Gulikit creating a breakthrough technology, Hall-sensing electromagnetic joysticks.

“Each Hall-sensing joystick has two hall sensors and two magnets. ‘Hall Effect’ is essentially the principle of the electricity difference generated when the current passes through a conductor in the magnetic field. When the sensor detects the magnetic field is working, the sensor itself has no physical contact with the magnet. Therefore, neither sensor nor magnet has physical wear against each other, and there is almost no loss [or friction] on themselves for a long time.” This underlying technology is scientifically engineered to look like just another joystick, but in fact, is something completely different.

“Normal sticks use carbon film type potentiometer, in which there is always friction between the metal contact part and carbon film material. Over time these parts can be worn out badly and cause unknown liquids, dust, or residues inside which result in connection failure, performance degradation, and drifting is the common phenomenon.” Considering the prevalence of drift issues on many commercial controllers, this phenomenon is something that has infuriated gamers worldwide for a long time, but this has been on Gulikit’s mind for years. But, He notes that Gulikit was first looking to release a version of the joysticks that were to be used in Nintendo’s flagship device.

“In fact, in the early stage of our design work, we started to design for a smaller hall-sensing electromagnetic joystick for [a] Joy-con, and we are now still working on this and will finish it soon in the near future so that it can be put into smaller devices. The current bigger hall sensing joystick was finished first in the middle of the design work for use on our controller.”

If Gulikit manages to make a mintuarized version of the hall-sensing sticks for Nintendo’s joy-con, it could be a revolution for DIY modders everywhere, and for the average person looking to replace their sticks with something a bit more robust, and a whole lot more accurate. We’ll be keeping our eyes out for more.

The current hall-sensing stick can even be found on a couple of commercial devices right now, the AYANEO Next, in addition to Gulikit’s King Kong 2 Pro controller, both of which report incredibly impressive accuracy results when compared to a normal controller. Gulikit’s King Kong Pro 2 Hall-sensing joystick reported an average error of just 0.6%, against a similar Xbox Series controller which has seen a couple of months of use, which only managed to kick out an average of 19.6% error rate when testing stick circularity.

This is a dramatic difference in quality. Even in new controllers, a 0.6% error rate means that the controller is incredibly accurate, and unlike anything else that we’ve seen, especially when it comes to joystick technology. But, is Gulikit in danger of their hall-sensing design being pounced upon and copied by bigger players in the industry?

“Development of this new hall-sensing joystick requires a variety of theories of material science, electromagnetics, hardware engineering, and software algorithms. It is not that easy to make innovation and design such a new joystick for those traditional joystick manufacturers if they only try to develop a new joystick physical structure alone which is difficult to achieve the feasibility as well as good manufacturability.” This is proven through the attempts to get a hall-sensing stick inside a Steam Deck, while the hall-sensing sticks do indeed fit, they also require their own daughterboard to process the inputs coming out of the stick, so for those looking for a quick swap, that might be viable, but the complex design means that it’s difficult to copy.

Jack He notes that during development, Gulikit themselves struggled to get it over the line and make a shippable product.

In the early days of research and development, we were not fully confident that we could make it.

Jack He, Business Director at Gulikit

He continues, “We kept trying and increased investment for in-depth research. The 2 years time of design work was a repeated R&D process of ‘design-test-failure-redesign-retest’. But, it’s exciting we finally made it.”

Hall-sensing sticks could be coming to more controllers soon

When looking at the sheer innovation that the hall-sensing sticks provide, it’s no brainer that Gulikit is looking to sell them over to other manufacturers, as they have done with AYANEO, Jack He stated the following to us:

“Many companies are already talking with us for this and [have had] samples offered to them for evaluating and testing. Some companies have already used it on their products, such as NEXT PRO handheld by AYANEO. But we cannot tell the names of all them at the moment for confidentiality reasons.”

When we enquired about their competition, the likes of Razer and Scuf, Gulikit’s response wasn’t one of fervent competition, but instead offered co-operation. “We are open and happy to cooperate with them and others as well. We can provide different business proposals like overall joystick design solution, separate parts supply and also patent license authorization.”

Gulikit is sitting on patented, disruptive technology, and to see something like this breakthrough to the mainstream would not only be a success for Gulikit themselves, but also for the industry at large, and the company wants to keep improving, too. ” We are still moving in progress and constantly keep optimizing and improving this technology”.

One thing that we were concerned about was the material cost of the controller, which might deter any of the bigger customers from biting on this incredibly unique stick, but Jack He tempered these worries, by stating that “Of course it is higher, but still within good and acceptable levels”

Right now though, you’re still able to pick up a hall-sensing controller in the form of Gulikit’s King Kong Pro 2 controller, a robust and well-built controller for Nintendo Switch, PC, and mobile devices. You might have some trouble getting them to work on your home consoles, however, so we’ve asked whether or not we might be able to see hall-sensor modifications for the Dualsense and Xbox series controllers, which are already reportedly up and running on Gulikit’s R&D side.

“Internally we have changed PS5 DualSense controllers and Xbox Series controllers with the hall sensing electromagnetic joystick for demonstration and testing. Also, we have the design patent for a separate joystick replacement part. However, there are many challenges to this. The work voltages of joystick on these controllers are different. And like each PS4 DualShock controller is calibrated differently according to the joystick in the factory.” This means that if you replace the stick, you might have to undergo a difficult calibration process.

Jack He further states: “Besides this, hall sticks ask for a unique chip to work together, while the chip supply has not good delivery plan due to peak production in all chip wafer factories. We have to put off the plan to make the hall stick replacement for these controllers. But we will work very hard and hope to share more news on this in the future.” the chip shortage is expected to last for a while yet, so don’t hold your breath if you’re looking to replace your controllers with hall-sensing sticks any time soon.

If you look at pretty much any controller, you’ll see something pretty standard between all of them; mushy, membrane buttons. Some of them might have gotten stuck in the past, but the principle is the exact same as a membrane keyboard, push does receive some slight tactile response. Gulikit’s button on the King Kong Pro 2 device houses a new kind of linear housing, similar to an MX-style keyboard switch that pushes down to acute the membrane pad on the bottom, making this more of a mem-chanical switch than anything else.

“We have developed a new button which has similar mechanical key shaft structure for up to 50 million times longer life, while still good rubber membrane clicking feel. This is new innovation for our controllers.”

He also notes that the company wanted to retain that membrane feel while housing it in a mechanical-style structure. To us, it doesn’t feel quite right, and we would have much preferred they go ahead and try to use this shaft style button with a mechanical switch, instead of sticking with membrane. Other companies like Hori have also been testing out tactile buttons on their controllers, and they feel damn good by comparison, so Gulikit might have a way to go with the development of this particular innovation, which they also intend to market alongside their industry-leading hall-sensing sticks.

In the meantime, Gulikit is continuing to release new products, which they hope will bring further innovations in the gaming peripherals space, but in our minds, if they manage to get those hall-sensing sticks in as many controllers as possible, they might be onto a winner. For now, you can pick up their KingKong Pro 2 controller to experience these frankly mindblowing, buttery-smooth controller sticks. 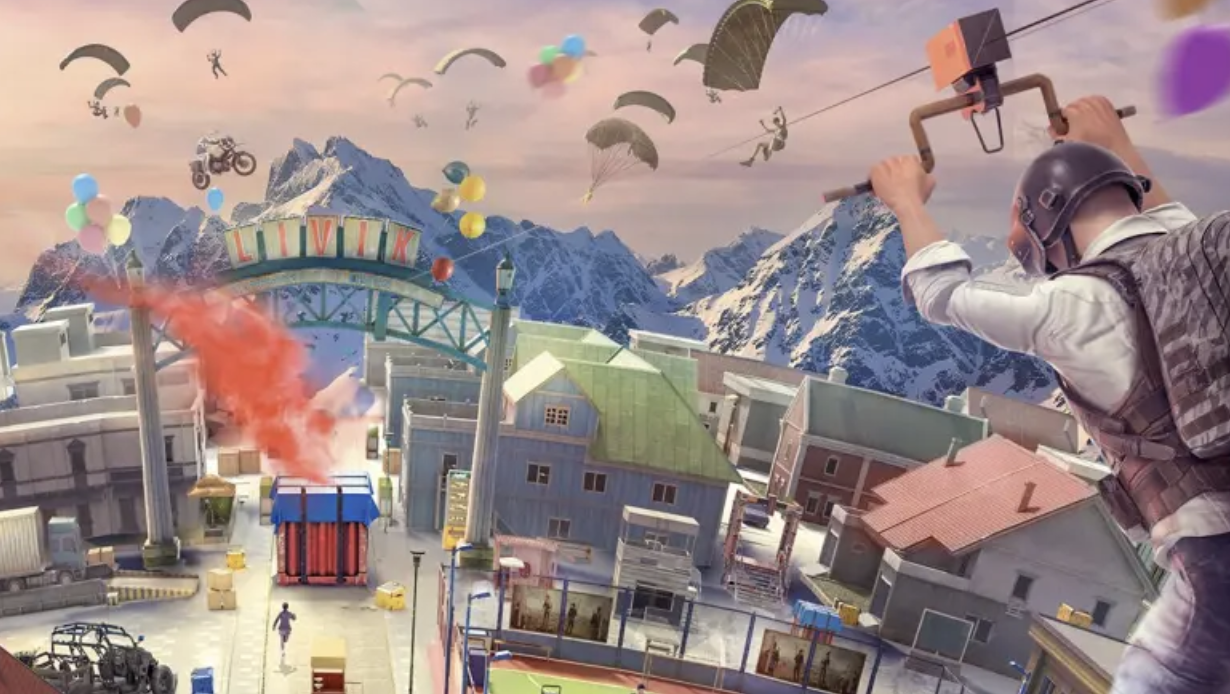 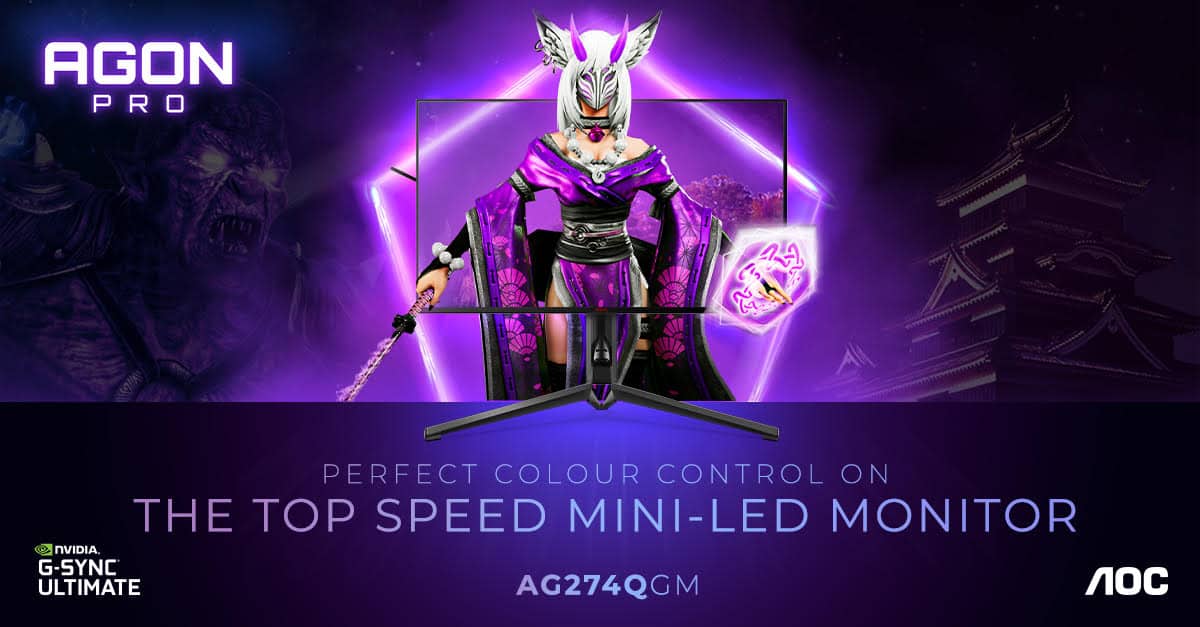 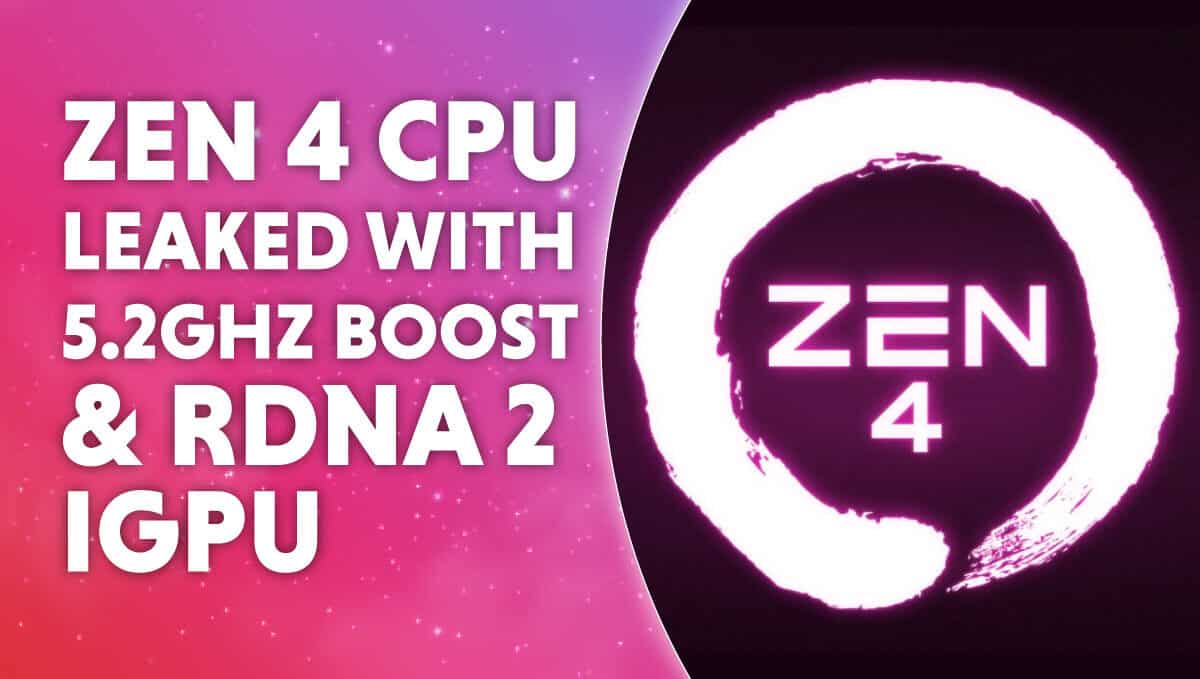 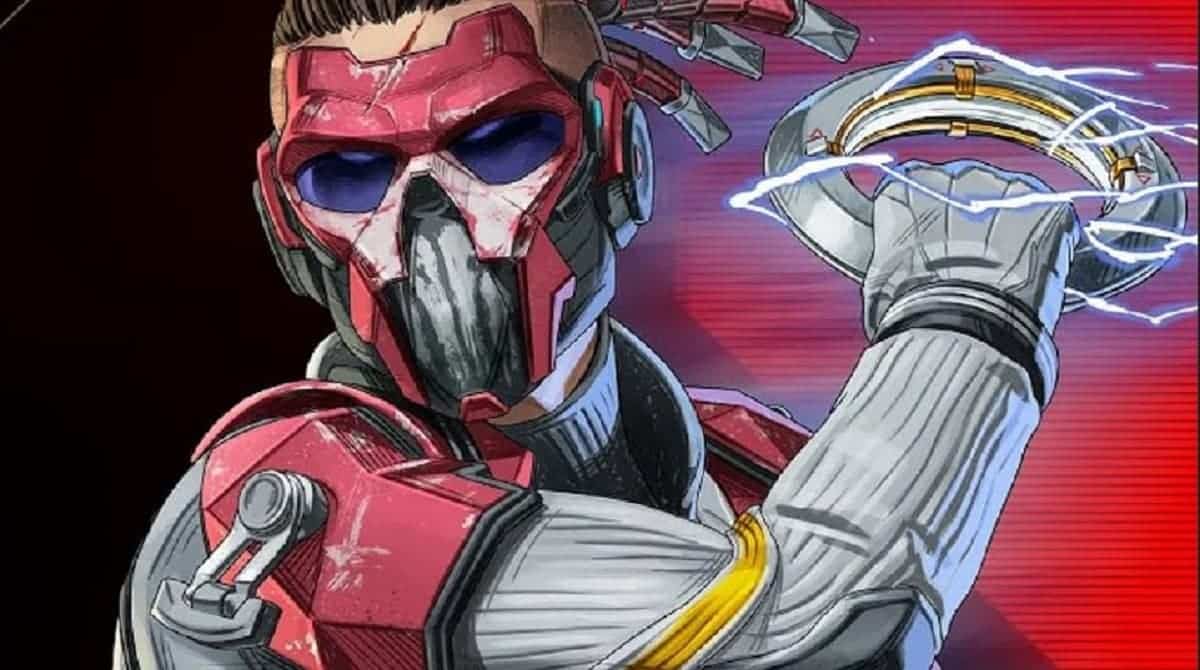