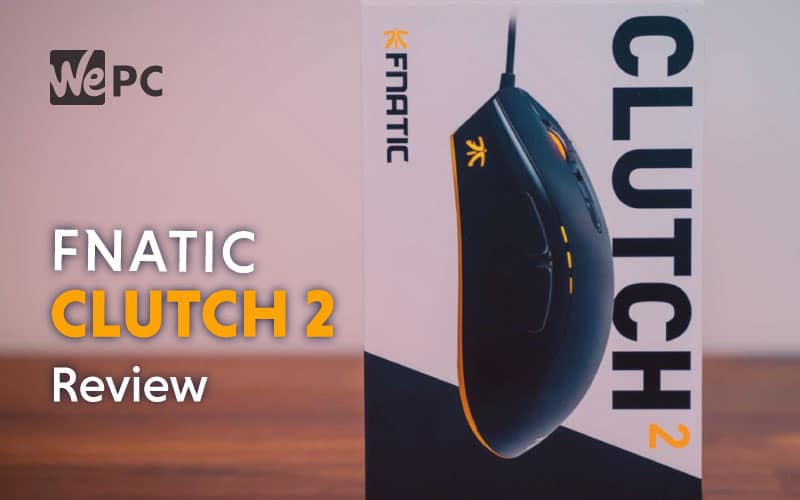 Fnatic releases their new and improved Clutch mouse and its an all-round performer that feels nice in the hand.

Fnatic gear has manufacturing peripherals for a while now, It’s a product range from the globally recognised E-sports organisation ‘Fnatic’. The mice are part of a line of products the organisation has started to develop along with keyboards and headsets, one of which is the Fnatic Clutch 2 gaming mouse. The Clutch has been reworked from the older model and they have changed quite a few things. They have replaced the insides to give better specs, the dimensions have changed along with the weight and they have introduced grippy textured sides.

The Clutch 2 is the ergonomic right-handed brother to the Flick 2 and features the same specifications underneath the shell. Fnatic implemented the PMW3360 optical sensor from PixArt and Omron developed switches under the primary buttons. The Clutch has some RGB and features the biggest skates I’ve used. 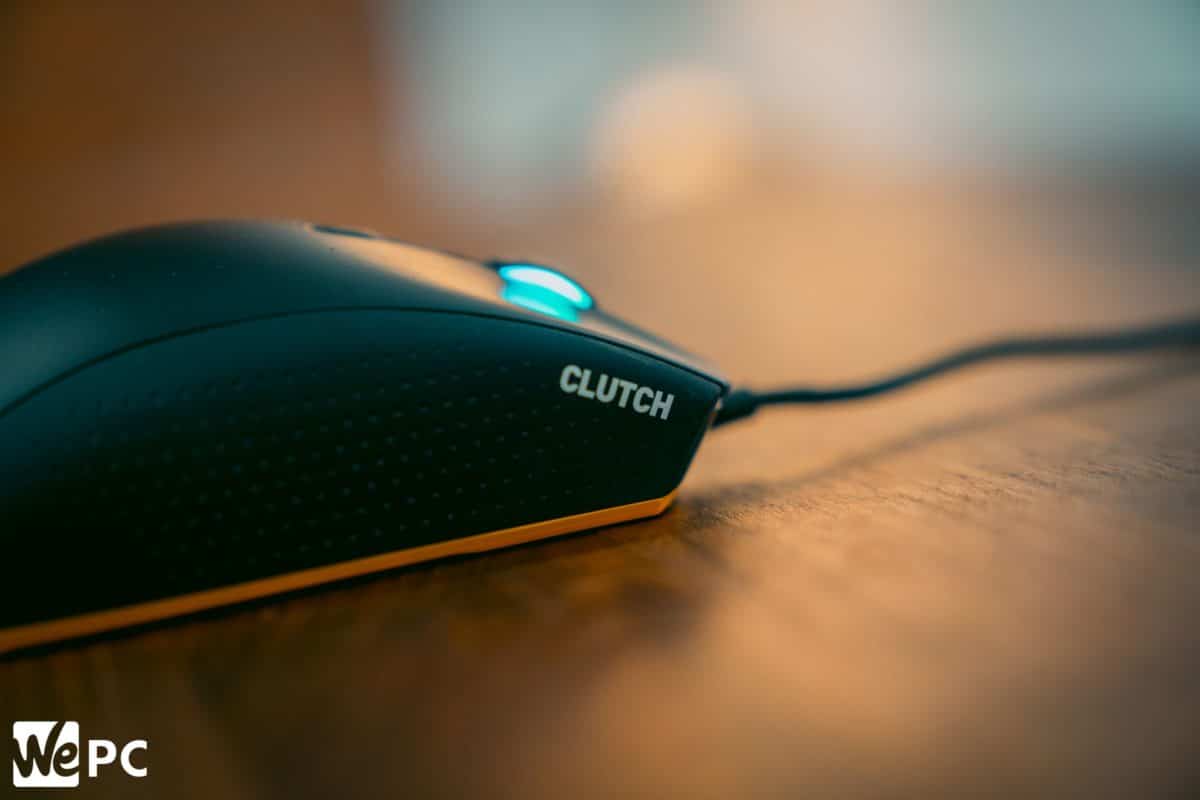 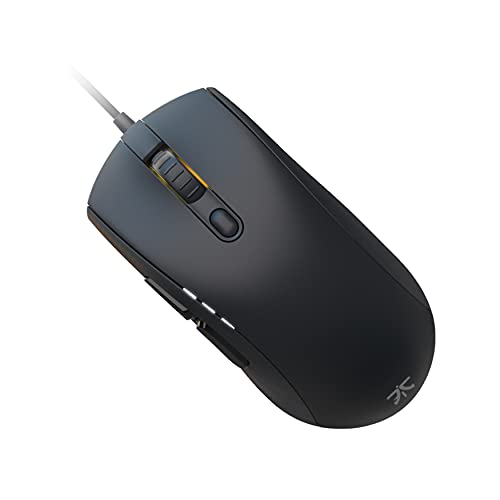 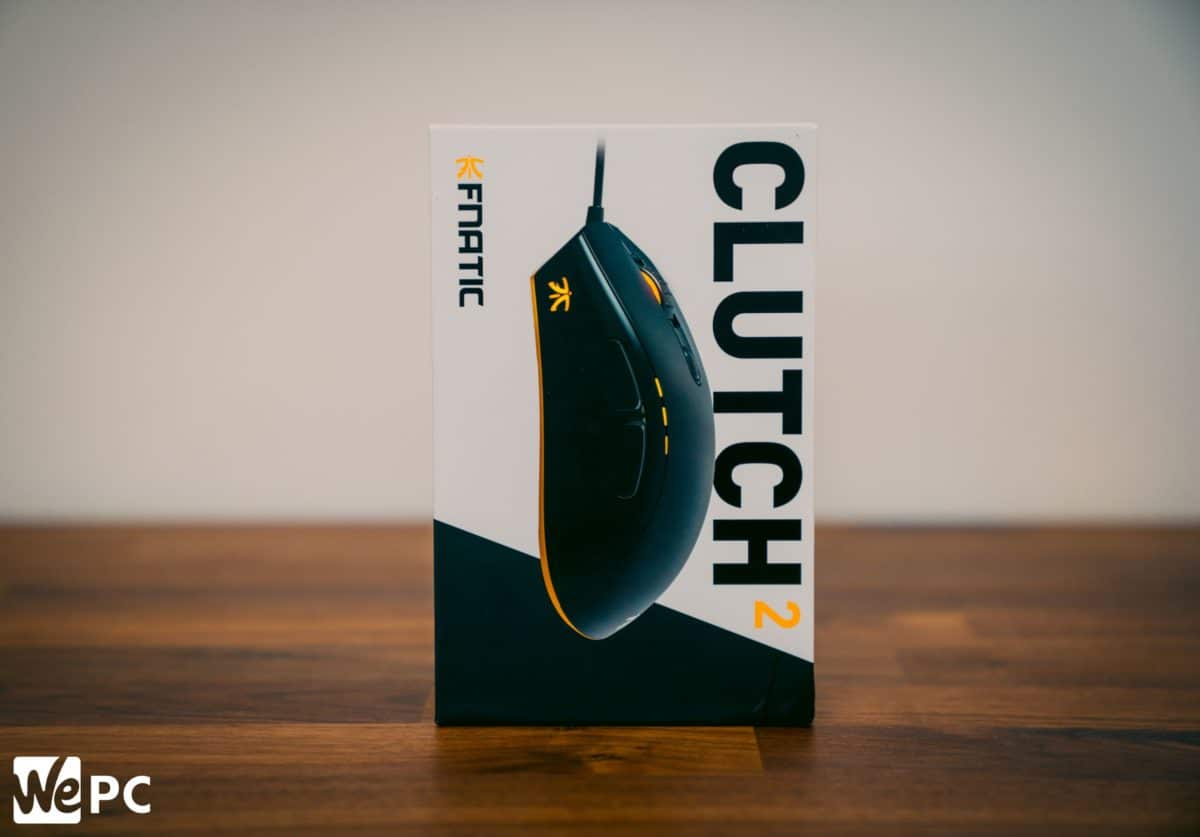 The mouse arrives in a surprisingly nice box. The black and white theme matches the mouse design and is quite a thick heavy box. It slides open to reveal the product like a watch box or an old school VHS trilogy. 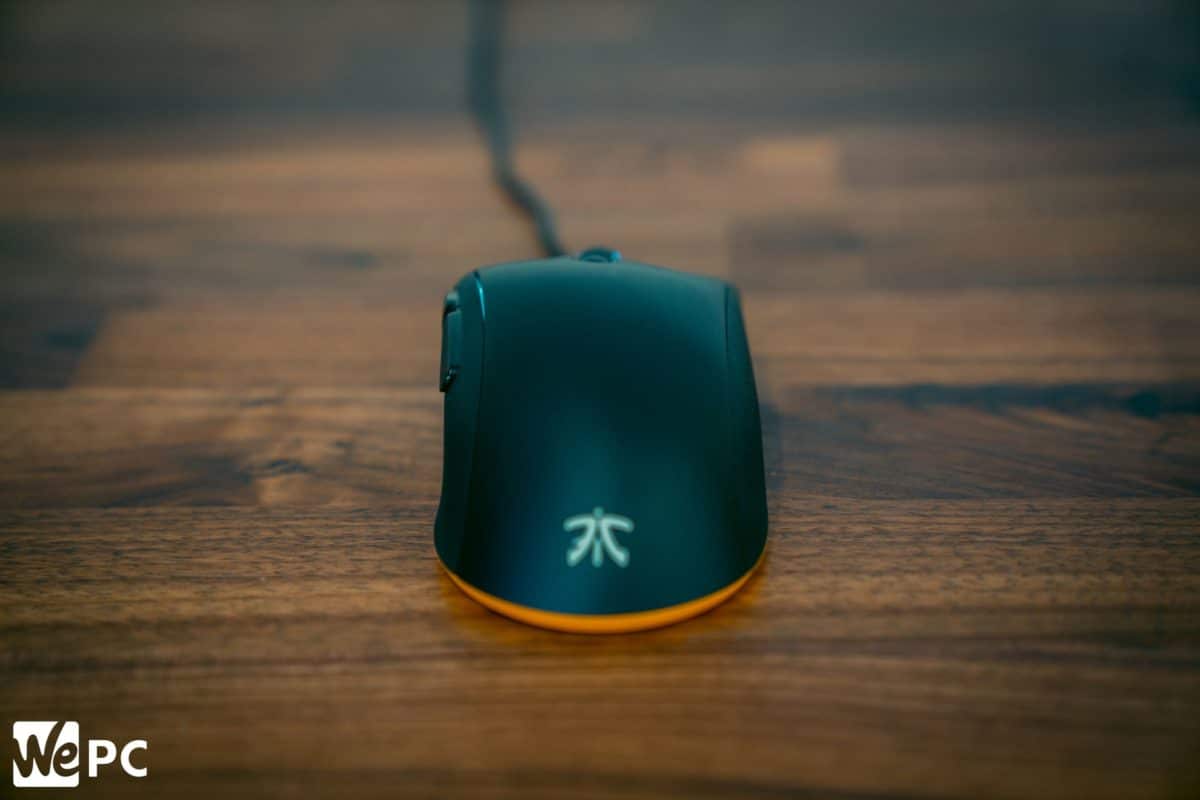 The overall size to the Fnatic Clutch feels big and it’s as long as the Rival 600 at 13.1 cm. The length could be a bit tricky for smaller hands but check our hand size guide here to see where the Clutch measures up. The mouse is made to fit medium-sized hands and has a width of 6.6 cm which is quite narrow and is something you would normally see more in ambidextrous mice but it’s still wide enough to grip comfortably. The height of the Clutch is 4.3 cm’s and the hump sits roughly in the middle similar to the Razer Mamba. The sides taper in to give you a smaller width where you grip and I would of like to have seen maybe more defined edges or at least bigger ledges as the mouse felt like it could slip out of my grip quite easily. The overall size and look of the Clutch is quite plain and reminded me of a few Zowie mice.

Fnatic says the Clutch two weighs 97 grams but when I weighed it I found it to come over 100 grams every time even when I was compensating for the wire. Either way, the Clutch 2 is 7 grams heavier (at least) than its predecessor but still feels very light to use and that could be down to the huge skates on the bottom. The weight feels evenly distributed and the mouse has a nice balance to it. The lightweight nature and narrow width of this mouse make it viable for long gaming sessions even with small hands. According to Fnatic its a similar weight to the EC series but in reality, it’s closer to the Razer Mamba wireless. 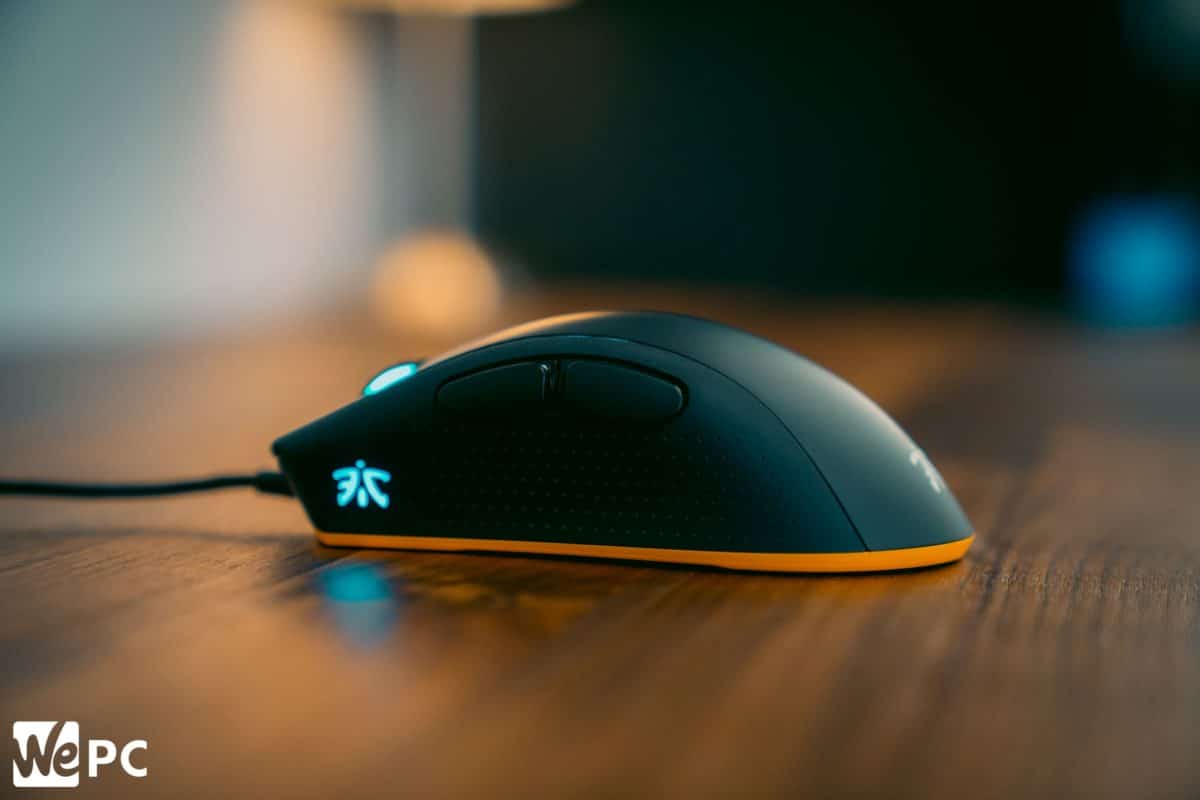 As I mentioned earlier the shape of the Clutch 2 reminds me of a Zowie shape as its a relatively simple-looking mouse with soft curves and grooves. Unlike the ambidextrous Flick 2, the Clutch has been designed to fit comfortably in your right hand and Fnatic achieved this. The mouse is relatively comfortable as its quite a safe shape to go with so quite a few gamers with different hand sizes and grip styles should be able to tame the Clutch 2. They may have played it too safe though as the mouse feels slightly too long in the body and too narrow to grip properly for my (hands 18×11 cm). The Clutch doesn’t offer a balance of grip and comfort like the savvy Deathadder Elite. The curve of the mouse seems centered slightly towards the back and curves down to the primary buttons a bit steeper than a few other mice. It slopes off at the palm in a gradual manner which I don’t like as I feel it’s in the way of my palm grip slightly but that could just be me. The mouse tapers in at the sides into some nice comfort grooves to grip the mouse but these aren’t the best. There isn’t enough of a ledge to make the mouse feel like you have a good grip, It has rubberised grippy sides and they are a great addition but the shape doesn’t give me a comfortable reliable grip at all times which I expect from mice at £50/$50 and over.

The texture is similar to the older EC series or the FK series from Zowie. The material is matte plastic with a smooth texture and feels quite nice. The sides have been fitted with a soft touch rubber coating to give you added grip which is one of the improvements on the last Clutch mouse. The sides have a pinhole texture to them again adding extra grip. The plastic coating isn’t as slippy as the newer EC series and it has a bit of grip to it so if you have sweaty palms don’t worry the Clutch’s surface can handle it. The top shell is one piece of plastic and after giving it a good shake I couldn’t hear a peep from the Clutch, it’s solid! 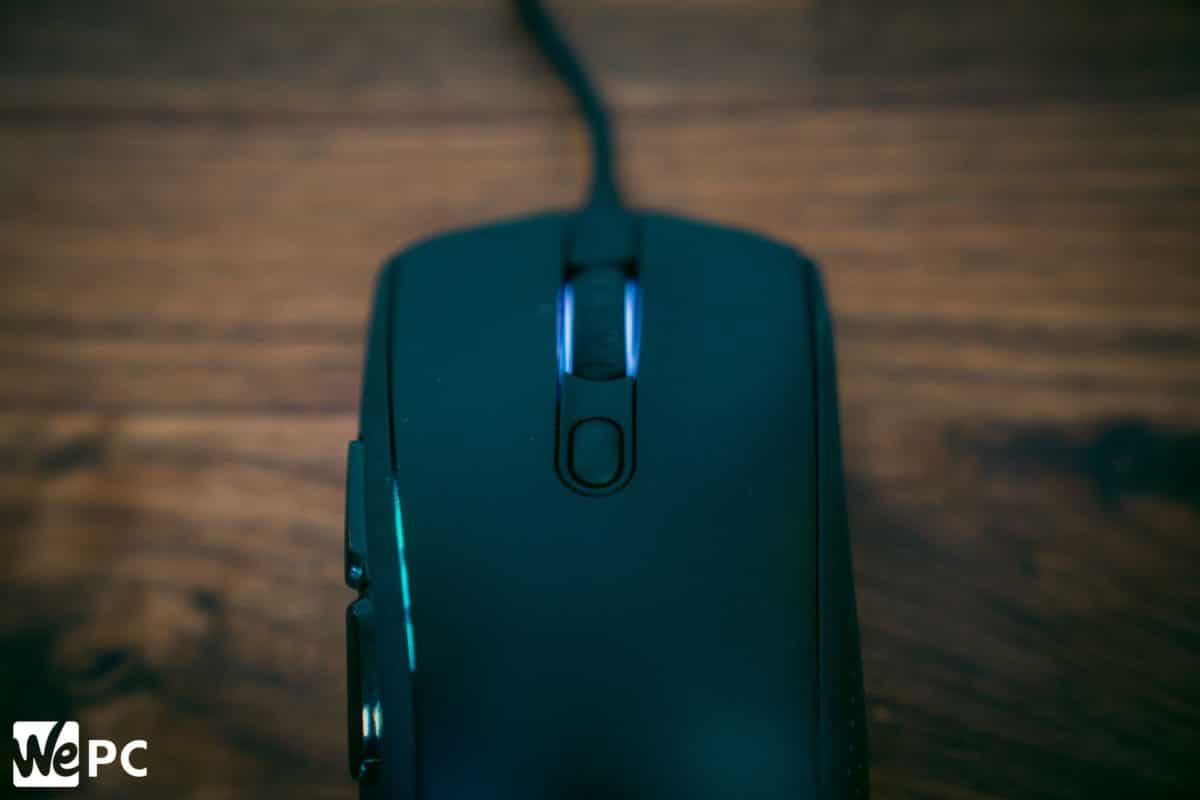 nestled between the buttons is a clickable wheel, the wheel feels a bit stiff to press but the travel is low and it performs as well as any other. The wheel gives you tactile feedback when scrolling and was nice to use while gaming or browsing. The wheel sits low in the shell and barely makes any noise and has a notched rubber texture so your finger will easily grip it.

Behind the wheel is a DPI button that comes programmed so you can change your DPI from the get-go without even installing the software. There are small LED’s along the left ridge to show which DPI setting you are on. The button sits in a little groove of its own making it difficult to accidentally press.

The Clutch 2 features two side buttons on the side above the thumb groove. The buttons are quite chunky and take up a fair amount of space. The size makes them easier to hit but I did find myself accidentally hitting the wrong thumb button or trying to adjust my grip when actuating. The click to the side buttons feels nice and they seem to be quite responsive but I would have preferred to see slightly lower profile buttons.

The cable on the clutch measures at 1.8 metres long. It’s non-braided so naturally thin and smooth. The cable looks cheap and I say this because it doesn’t iron out the bends very well after having it out of the box. I was in a rush going to the office so wrapped the cable quickly around the mouse and it’s given the cable a bumpy texture which I can’t seem to get rid of. Being non-braided isn’t a problem, in fact, I don’t think it makes much of a difference but the cable was too thin for my budget bungee however sat with no issues in the Zowie and Razer bungees. 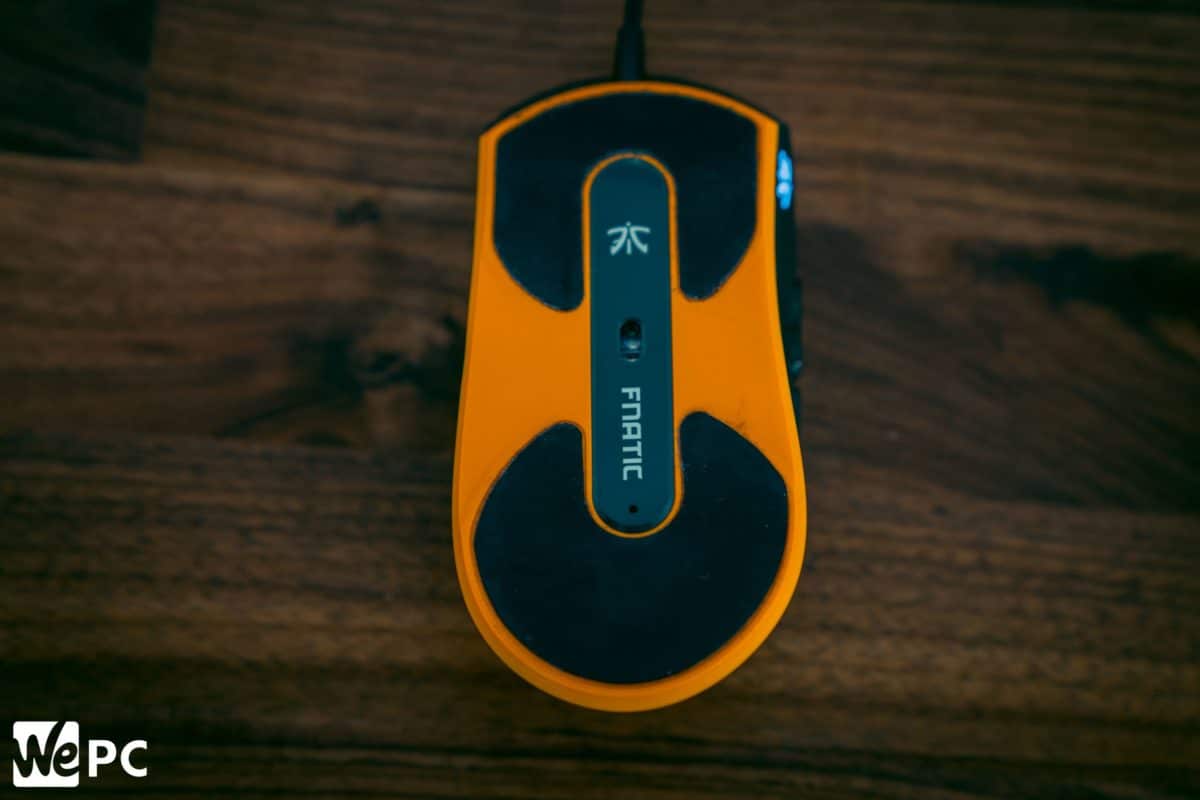 The previous iteration of the Clutch featured the PMW3310 sensor and it was a really good sensor to use a few years ago. The Clutch 2 has been revamped in several ways, one of which is the implementation of the PWM3360! This brilliant sensor from PixArt is one of the most reliable and consistent ones I have ever used and I can’t say I’ve had issues with it over the different mice that use this sensor. This upgrade is the same as the one we see in the EC-B series and it performed flawlessly throughout my testing.

This highly regarded sensor gave me perfect tracking and felt really precise but the performance of the mouse overall was let down by the shape, unfortunately. The mouse performed great it was fairly easy to aim with and adjust to. Tracking with the crosshair seemed quite easy but I couldn’t get used to gripping this mouse. The flick 2 looks more interesting and feels more comfortable to me which is bad news for a right-hand ergonomic mouse. So the mouse was easy to use and it performs how I expected but there is just something missing. Plenty of options around the same price and that pushes the Clutch 2 to the back of a fairly big list of alternatives unless you happen to be a massive Fnatic fan.

Fnatic’s software which is better known as ‘OP’ like everything they sell has a cheeky marketing name but the software isn’t ‘overpowered’ in case you were wondering. The software works though and you can download it from the Fnatic OP website and it’s worth noting the software is still in early access. The OP software might not win any accolades but it works and does what I need it to do in order to play my FPS titles so I was happy enough. The software is actually more intuitive than the likes of HyperX’s Ngenuity and the mouse comes ready to plug and play which is something not all manufacturers can offer. If you wish to install the software though, you are greeted with a product screen full of peripherals you don’t own  (just click the device you own). The software has a nice uncomplicated feel and I didn’t struggle to change settings which isn’t always the case with these programs. You customise the performance, lighting and key binds. You can change the likes of polling rate and DPI in ‘performance’ along with toggling angle snapping on/off or changing the LOD between 2 and 3 mm. There are some basic lighting effects to mess around with and the mouse will save this to its onboard memory which is useful for traveling players.

The overall build quality was surprisingly good, it feels solid and performed without any problems over the last 5 or 6 days. For a plain mouse, it looks nice on the desk and was pleasant to use but the RBG seems pointless and they probably could have shaved off some extra weight to the clutch 2. The Fnatic Clutch 2 mouse is a viable option and it served me well while playing CSGO and PUBG but for around £50/$50 there is just too much competition from established manufacturers. For a similar price, there are supremely comfier mice like the Deathadder Elite, Corsair Glaive and HyperX FPS Pro that all offer a right-handed mouse, similar specs but all have better features and performance. This could all be down to hand size and preference but I’d have a good look before buying the clutch, That being said it wasn’t all bad and it could be a perfect fit for your hand or you could be a huge fan of the Swedes? 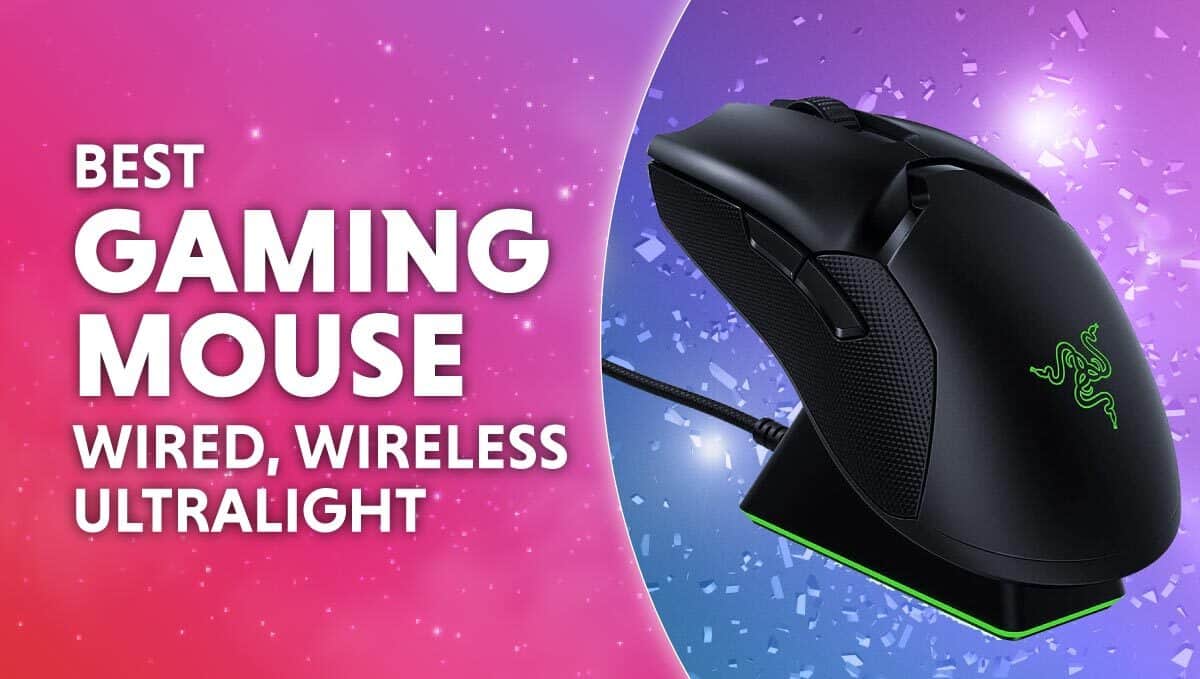 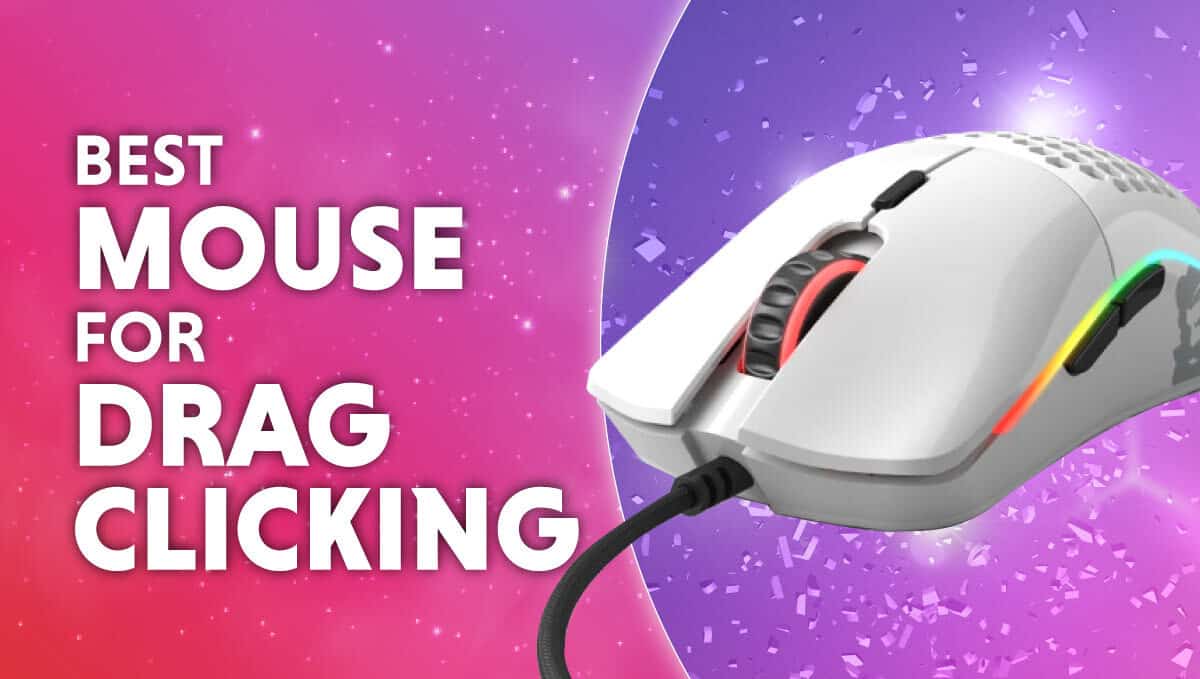