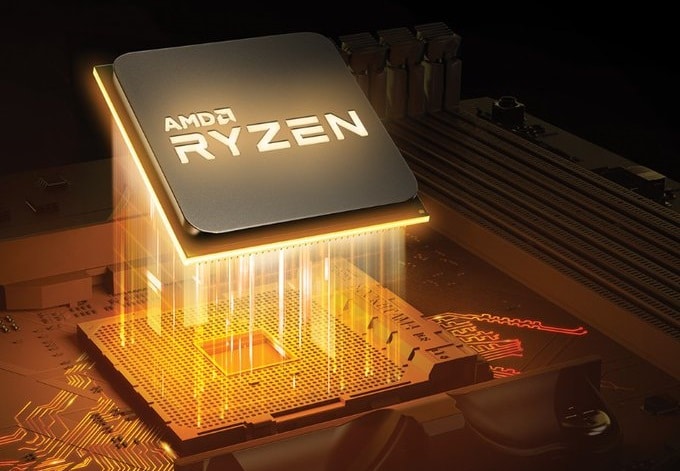 B450 and X470 motherboards are, let’s be honest, starting to become outdated thanks to AMD’s next-generation products – most notably the X570 and newer B550 chipset offerings. With a whole host of exciting new hardware on its way, will B450 and X470 motherboards still have a place in today’s mainstream consumer market? It’s one of the biggest questions that surrounds the aging hardware and one that has recently been answered.

Since AMD basically confirmed that Zen 3 would be available to B450 and X470, the fairly short-lived debate has been laid to rest – for now. With this new information, we thought now would be a good time to take a closer look at some of the main differences that separate B450 vs X470 motherboards.

Whilst both utilize the AM4 socket, there are some subtle differences that may actually affect your purchasing decision.

So, with that in mind, let’s waste no further time and dive straight into it!

The B450 and X470 motherboard chipsets are part of the AM4 socket family. They are AMD’s mid-range motherboard options for people wanting to build more budget-oriented PCs – mainly for general use and gaming purposes.

Despite both the B450 and X470 boards now becoming superseded by newer iterations, there’s still a large market for the less expensive (yet perfectly acceptable) 400 series motherboard chipsets. I mean, unless you plan on utilizing PCIe Gen 4.0, there’s really no reason why you shouldn’t get a B450/X470 over the latest 500 series boards.

At this stage, many may be pointing towards the fact that AMD is in the midst of releasing their latest Ryzen Zen 3 processors lineup which, on first impressions, are not going to be compatible with 400 series (and older) motherboard lines. Well, thanks to a statement released by AMD not too long ago, that is no longer the case. B450 and X470 manufacturers will be receiving the relevant code to produce BIOS updates which will see 400 series motherboards become compatible with 4000 series CPUs.

So, whilst the 400 series boards won’t be the most efficient choice for the latest CPUs, with their newfound support, there is no reason to suggest why you wouldn’t choose one for your next CPU upgrade.

One of the big questions we get asked around here is, “which chipset is best for my 3000 series CPU?”. Well, considering the recent developments towards 4000 series support, we thought now would be a great time to explore some of the fundamental differences that separate the X470 from the B450 chipsets. Whilst the differences are fairly limited, there are still some benefits in the X470’s corner which could sway your next purchasing decision.

Before that, let’s get the basics out of the way:

So, straight off the bat, you can see the two chipsets are actually pretty similar in technical design. Both offer up the same processor support, chipset PCIe lane support, and SATA Express access. However, whilst differences are few and far between, there are a couple of varying factors that can affect performance.

Firstly, let’s discuss the usable PCIe Gen 2.0 lanes. For those unaware, PCIe lanes are, for lack of a better phrase, the connections that link expansion devices (such as GPUs, soundcards, SSDs, HDDs, etc) to your motherboard. Each lane consists of two pairs of wires, one for transmitting data and the other for receiving. Each PCIe slot is broken into lanes which range from 1, 4, 8, and 16.

So, if you look at the chart, you can clearly see that the X470 chipset has the advantage when it comes to available PCIe Gen 2.0 lanes. Despite the difference only being two (with B450s having six lanes available), it’s still enough to allow motherboard manufacturers to equip the X470 with more available expansion slots over B450.

SLI (Scalable Link Interface) and Crossfire are brand names given to Nvidia and AMD’s multi-GPU technology. The technology allows for two or more GPUs to be linked together at any one time, acting as a singular, more powerful GPU than the individual parts. Now, one of the big pluses that X470 had going for it was SLI/Crossfire compatibility. It was a feature that B450 motherboards could not boast. However, that being said, the dual-GPU train seems to have left the station over the past couple of years, with recent PC builders and enthusiasts steering well clear of it.

Ultimately, whilst it’s still a feature that X470 motherboards have over the B450, it’s nowhere near as useful as it once may have been.

Next up, we have the SATA III availability. Again, this is another area where X470 motherboards take the win. As you can see from the table above, B450 motherboards have a mere two SATA III’s available. In contrast, the X470 has double that at four, meaning they have more support for faster SATA interfaces.

Basically, for people still using SATA SSDs, HDDs, or optical drives, an X470 will host two additional 6Gbps SATA connections over the B450. I feel this could actually be useful for some individuals, however, for the most part, it seems a little mundane.

Lastly, we have the price. Like most hardware components, price plays a major role in the differences found between X470 and B450 motherboards. As you can probably imagine, X470 motherboards do come with a higher price tag. Why? For the reasons we’ve just stated above. They have more accessible PCIe lanes, more SATA III options, and can support dual-GPU setups.

However, the one question you really need to be asking yourself is, do I actually need any of that?

So, that leads us nicely into the, “which one should you buy” section of this guide. If you were asking me this question a while ago, I’d find the answer much more difficult, especially nearer the time B450 and X470 motherboards first came on the scene. Now they’ve been here a while, my opinion has changed quite considerably.

Ultimately, choosing whether to buy an X470 or B450 comes down to this – do you actually need the additional extras that X470 motherboards provide? And for me, the answer is mostly no.

If you’re looking to build your PC around a B450/X470 motherboard, you’re probably looking at a mid-range PC that will cost (at the most) around $1000. So, at $1000, where do the additional extra X470 motherboard features come into play. I’m pretty sure most people aren’t fitting dual-GPUs or several SSDs that need SATA III speeds at this price range. Why not save yourself a few bucks, purchase an equally capable B450 motherboard, and spend the extra cash on a slightly better GPU or more spacious SSD?

For me, the B450 gets my money almost every time.

So, there you have it, our quick comparison between X470 and B450 motherboards. We hope this has answered some of the questions you may have regarding the differences between these two chipsets. However, if you still have questions to be answered, feel free to drop us a comment in the section below and we’ll get back to you as soon as we can. Better still, you can now head on over to our community hub where you can discuss PC and gaming related topics with like-minded individuals.